Sweden’s recycling is so revolutionary, the country has to import rubbish from other countries to keep its recycling plants going. What lessons can we learn, asks Hazel Sheffield

Sweden is so good at recycling that, for several years, it has imported rubbish from other countries to keep its recycling plants going. Less than 1 per cent of Swedish household waste was sent to landfill last year or any year since 2011.

We can only dream of such an effective system in the UK, which is why we end up paying expensive transport costs to send rubbish to be recycled overseas rather than paying fines to send it to landfill under The Landfill Tax of 1996.

The UK has made strides in the proportion of waste recycled under an EU target of 50 per cent by 2020. This has underpinned hundreds of millions of pounds of investment into recycling facilities and energy recovery plants in the UK, creating many jobs. We’re not quite at that target yet. Recycling in the UK peaked at around 45 per cent of all waste in 2014. 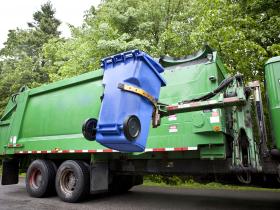 Since then, provisional figures from the ONS have shown that figure has dropped to 44 per cent as austerity has resulted in budget cuts. The decision to leave the EU could be about to make this situation worse. While Europe is aiming for a 65 per cent recycling target by 2030, the UK may be about to fall even further behind its green neighbours.

Why are we sending waste to Sweden? Their system is so far ahead because of a culture of looking after the environment. Sweden was one of the first countries to implement a heavy tax on fossil fuels in 1991 and now sources almost half its electricity from renewables. 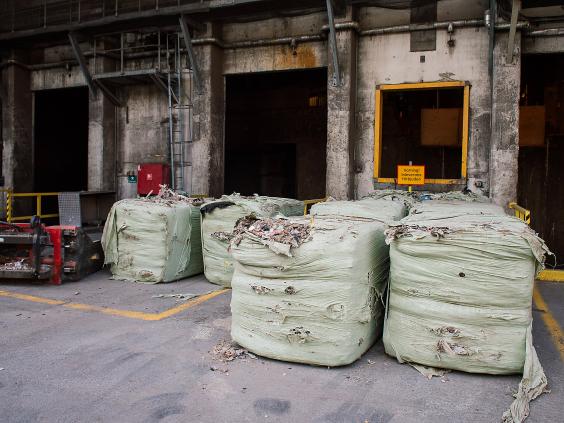 Sweden is a top performer when it comes to sorting and recycling its waste and is in the rare situation of lacking garbage at its incineration centres, which produce enough electricity to supply 250,000 homes and heating for 950,000 homes (Getty)

“Swedish people are quite keen on being out in nature and they are aware of what we need do on nature and environmental issues. We worked on communications for a long time to make people aware not to throw things outdoors so that we can recycle and reuse,” says Anna-Carin Gripwall, director of communications for Avfall Sverige, the Swedish Waste Management’s recycling association.

Over time, Sweden has implemented a cohesive national recycling policy so that even though private companies undertake most of the business of importing and burning waste, the energy goes into a national heating network to heat homes through the freezing Swedish winter. “That’s a key reason that we have this district network, so we can make use of the heating from the waste plants. In the southern part of Europe they don’t make use of the heating from the waste, it just goes out the chimney. Here we use it as a substitute for fossil fuel,” Ms Gripwell says.

Sweden’s heating network is not without its detractors. They argue that the country is dodging real recycling by sending waste to be incinerated. Paper plant managers say that wood fibre can be used up to six times before it becomes dust. If Sweden burns paper before that point it is exhausting the potential for true recycling and replacing used paper with fresh raw material.

Ms Gripwall says the aim in Sweden is still to stop people sending waste to recycling in the first place. A national campaign called the “Miljönär-vänlig” movement has for several years promoted the notion that there is much to be gained through repairing, sharing and reusing.

She describes Sweden’s policy of importing waste to recycle from other countries as a temporary situation. “There’s a ban on landfill in EU countries, so instead of paying the fine they send it to us as a service. They should and will build their own plants, to reduce their own waste, as we are working hard to do in Sweden,” Ms Gripwall says.

“Hopefully there will be less waste and the waste that has to go to incineration should be incinerated in each country. But to use recycling for heating you have to have district heating or cooling systems, so you have to build the infrastructure for that, and that takes time,” she adds. 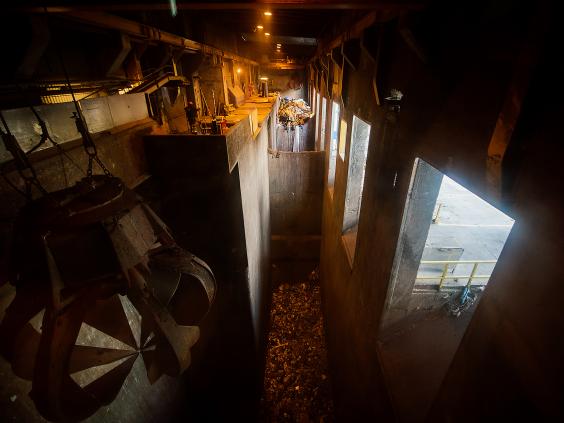 Sweden is a top performer when it comes to sorting and recycling its waste and is in the rare situation of lacking garbage at its incineration centres, which produce enough electricity to supply 250,000 homes and heating for 950,000 homes (Getty)

Swedish municipalities are individually investing in futuristic waste collection techniques, like automated vacuum systems in residential blocks, removing the need for collection transport, and underground container systems that free up road space and get rid of any smells.

In the UK, each local authority has its own system, making it difficult for residents to be confident about what they can recycle and where. “We need more of a coherent national strategy in England to the collection of recyclable materials, rather than the current approach, whereby it is largely left to individual local authorities to determine their own collection policies,” says Angus Evers, partner at Shoosmiths and a convenor of the UK Environmental Law Association’s Waste Working Party.

Local authorities will often start by recycling the highest volume materials because they are measured according to the proportion of waste recycled, so bigger items count for more. “Whatever we end up with in the UK, we need a system which collects all recyclable materials rather than cherry-picking the easiest and cheapest,” says Richard Hands, chief executive of ACE UK, the drink carton industry’s trade association.

Mr Hands points to his own drinks carton industry, which includes Tetra Pak, SIG Combibloc and Elopak. Through ACE UK, these brands have driven up carton recycling, more than doubling the number of local authorities collecting cartons from 31 per cent in 2011 to 65 per cent in 2016.

He says that the UK needs to build infrastructure around recycling plants so that it can stop sending waste overseas. Some local authorities already have a “no export” policy to achieve this. “Growing the UK waste industry will create jobs and generate UK-based revenue for the economy,” Mr Hands says.

Trash or treasure: The designer objects made of rubbish

Angus Evers says a better domestic recycling system should be a part of our strategy for leaving the EU. “The materials we currently export represent a huge drain of valuable resources going out of the UK that could be used in the UK economy to make new products and reduce our imports of raw materials. If we have aspirations to be less dependent on Europe, then we need to be more self-sufficient and recycle more,” Mr Evers says.

And what will Sweden do if we stop sending it rubbish to feed its heating system? Ms Gripwall says the Swedes will not freeze – they have biofuels ready to substitute for our exported waste.