Cash-strapped Cuba has offered to pay its old debt to the Czech Republic with goods it can spare, including its coveted rum, according to the Czech finance ministry.

“The Cuban party as a possible solution presented a list of commodities … [including] several brands of rum,” the ministry said in a statement on Friday.

Czech media put the Cuban debt at about 7bn koruna ($270m), but the ministry said it had yet to tally the total sum as talks on the repayment had only started late last year.

The debt is largely the legacy of business ties between Cuba and Czechoslovakia, which split into the Czech Republic and Slovakia in 1993, four years after shedding four decades of communist rule. 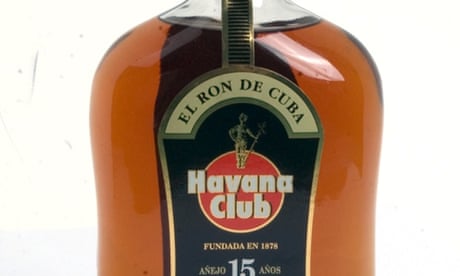 As US-Cuba relations thaw, fight for the soul of Cuban rum could begin anew

“These are relatively unknown brands which might be good, but we would have to advertise them and generally launch them into the market,” she added.

The daily said the Czech Republic – a country with the highest per capita beer consumption in the world – had imported 892 tonnes of Cuban rum worth 53m koruna ($2m) in 2015.

If the entire debt were repaid in rum, the Czechs would have enough rum for 130 years at this pace.

But the ministry is against such a solution. “The Czech side believes that at least part of the debt should be dealt in cash,” it said.