MPs will be asked to restrict the hours they dedicate to lucrative second jobs and drop any work involving lobbying lawmakers or civil servants, according to a proposed new code of conduct.

Outside work will be scrutinised to ensure that MPs dedicate a majority of their working week to parliament in proposals which have been sent to the commissioner for standards and seen by the Guardian.

Those who are are paid to lobby for outside interests – including those who work full-time for unions or charities – will be asked to drop their second jobs, according to the proposed code. 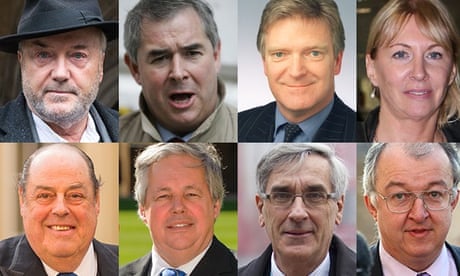 The change in the rules, which are still to be approved by MPs, could cut the amount of time MPs will be allowed to spend away from their constituents.

Until now, there have been no regulation of MPs doing other jobs apart from a general requirement to register income received from outside sources and to declare a conflict of interest.

Tommy Sheppard, the SNP member of the standards committee, has written to Kathryn Hudson, the parliamentary commissioner for standards, suggesting major changes.

He argued that there should be a ceiling on the amount of additional work an MP can take and this could be measured either by the year or by the week.

“Would it be practicable, for example to say that on average members should not have external employment in excess of an average of 20 hours per week or 1,000 hours per year?” he wrote.

He also drew up proposals, backed by his party, to stop MPs from becoming paid lobbyists, which could create a conflict of interest.

The letter also suggested that the commissioner and the standards committee should examine ways of regulating some external employment so that MPs might find it easier to return to the world of work outside Westminster, particularly in certain professions such as medicine.

“In some cases this will require the maintenance of professional registration or a certain level of competence which can only be achieved by external employment whilst being an MP. This should be positively recognised,” Sheppard wrote.

He also proposed that MPs should be told that their job in parliament must be treated as full-time and that members should not sign outside work contracts that require them to be absent from parliament when it is sitting.

The letter has emerged after a six-week consultation, which ended on Wednesday. Hudson will prepare a new draft code for consideration by the standards committee.

It comes after a study last year from Transparency International found that scores of MPs were being paid millions of pounds a year for outside jobs. The research found that 73 MPs, who are paid £74,962 per annum, also received £3.4m in the previous 12 months for “external advisory roles”, including in some cases board positions.

The biggest earner in that period was former prime minister Gordon Brown, who made almost £300,000 while still serving as the MP for Kirkcaldy and Cowdenbeath.

An undercover investigation last year by the Daily Telegraph alleged that Jack Straw and Sir Malcolm Rifkind had offered to use their positions as MPs to win contracts. However, they were cleared of wrongdoing by Hudson.